In recent years, countries around the world have paid attention to and increased the deployment of fiber-optic networks, benefiting from the active deployment of fiber-optic networks by various countries and promoting the development of the entire optical communications industry. The chart below shows the global FTTx fiber broadband market distribution: 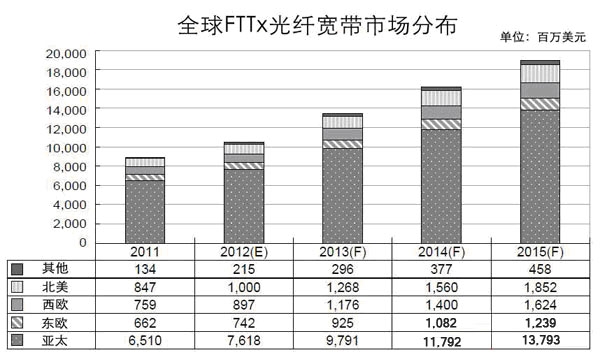 The “National Broadband Plan” launched by the United States plans to provide broadband access with a download speed of at least 50 Mbps for 100 million users in 2015;

The goal of Japan’s “Light Way” is to allow 100% of households to access ultra-high-speed broadband networks of 100Mbps or more in 2015;