The rankings of the top ten countries for broadband users have not changed since the last report. China has more broadband subscribers than the United States, Japan, Germany and Russia. 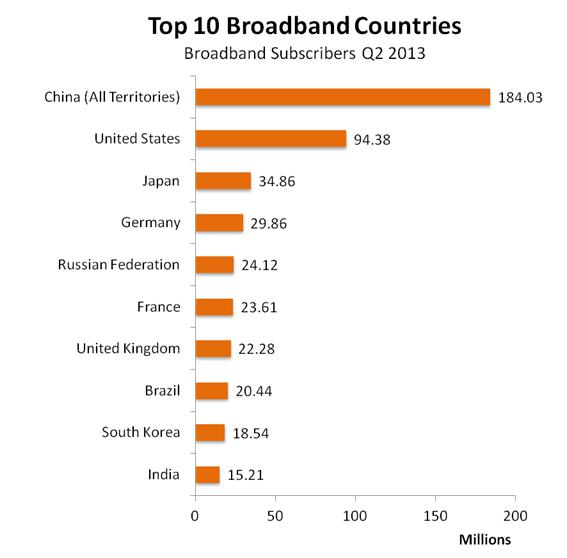 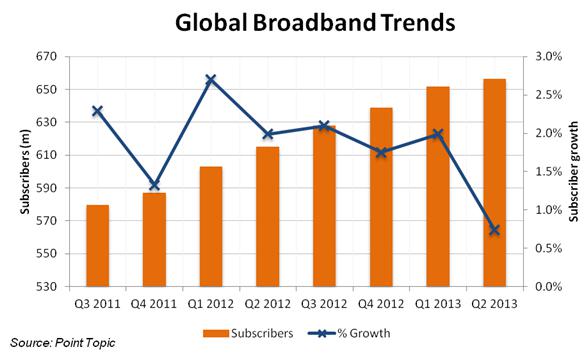 There are reports that the number of broadband users in different regions has changed significantly. Growth in all regions in the second quarter of 2013 was slower than in the last quarter, but East Asia reportedly reported the fastest decline. East Asia has the largest broadband user base in the world, and its market growth rate has a significant impact on the global growth rate.

This shift in East Asia was caused by China, and the overall number of broadband users was decreasing this quarter. According to telecom regulators, although the number of FTTH and FTTB users has increased rapidly this quarter, this has not offset the decline in the number of DSL broadband subscribers. 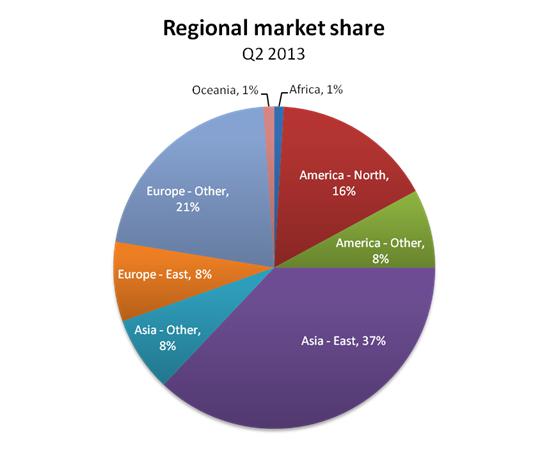